Rand Beers ‘64 was a Senior Advisor to President Barack Obama. Previously, he served as Acting Secretary of the U.S. Department of Homeland Security a position to which he was appointed in September 2013 after serving as Acting Deputy Secretary. From June 2009 until May 2013, Rand led the efforts of the DHS’s National Protection and Programs Directorate (NPPD) to reduce risks to physical, cyber and communications infrastructures. NPPD collaborates with all levels of government, the private sector, nongovernment organizations, and international bodies to prevent, respond to, and mitigate threats to U.S. national security from acts of terrorism, natural disasters, and other catastrophic events. Previously, he co-led the DHS Transition Team for the incoming Obama administration. Prior to the 2008 election, Rand was president of the National Security Network, a network of experts seeking to foster discussion of progressive national security ideas around the country, and an Adjunct Lecturer at the Kennedy School of Government at Harvard. Rand served on the National Security Council Staff under four Presidents as Director for Counter-terrorism and Counter-narcotics (1988-1992), Director for Peacekeeping (1993-1995), Special Assistant to the President and Senior Director for Intelligence Programs (1995-1998), and Special Assistant to the President and Senior Director for Combating Terrorism (2002-2003). He was national security advisor for the Kerry campaign (2003-2004). Rand began his professional career as a Marine Corps officer and rifle company commander in Vietnam (1964-1968). He entered the Foreign Service in 1971 and transferred to the Civil Service in 1983. He served most of his career in the Department of State, including as Deputy Assistant Secretary of State for Regional Affairs in the Bureau of Politico-Military Affairs, focusing on the Middle East and Persian Gulf (1992-1993). He was Assistant Secretary of State for International Narcotics and Law Enforcement Affairs (1998-2002). Rand earned a bachelor’s degree from Dartmouth and a master’s degree from the University of Michigan. 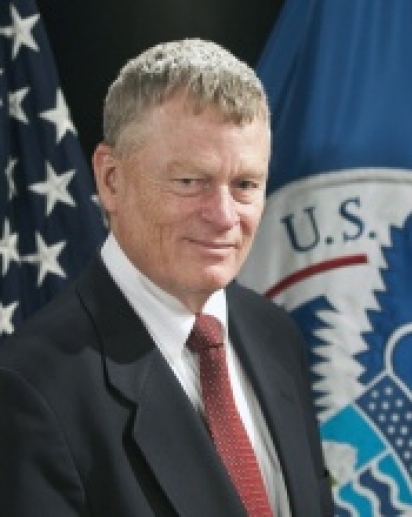