A Discussion with Michael Morell, Former Deputy Director of the CIA 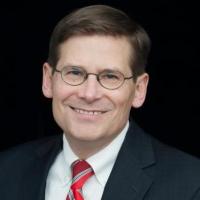 Join the Dickey Center for International Understanding as we welcome Michael Morell to Dartmouth.

Mr. Morell will be in residence the week of September 29th to meet with students, faculty and staff.  He will participate in a conversation with Dickey Center Director Daniel Benjamin on Tuesday, September 30th that will be open to all.

Now a CBS News Analyst and Senior Counselor at Beacon Global Strategies, Michael Morell, the Former Deputy Director of the Central Intelligence Agency, will participate in an open discussion with Ambassador Daniel Benjamin, Director of the John Sloan Dickey Center for International Understanding. Morell and Benjamin will touch on many of today's most pressing international issues. The Islamic State in Iraq and Syria (ISIS), Vladimir Putin, NSA surveillance, tensions in the South China Sea, drone warfare, and Iran’s nuclear ambitions are among the topics that will be considered. At the conclusion, there will be time for a Q&A session.

The Dickey Center will host this public event on Tuesday, September 30th at 4:30pm in Cook Auditorium, Murdough Center. This event is just part of a week in-residence that Mr. Morell will spend at the Dickey Center. From September 29 through October 2, he will participate in classroom discussions and meet with faculty, staff and student groups.

For more information on this event and others planned for this fall, contact the Dickey Center (dickey.events@dartmouth.edu).