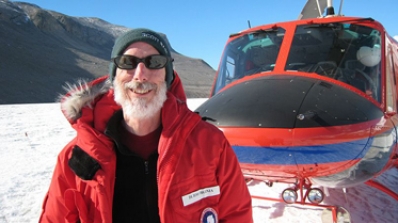 Professor Ross Virginia, Director of the Dickey Center's Institute of Arctic Studies, was selected by the U.S. State Department as one of two distinguished scholar leaders of the newly established Fulbright Arctic Initiative. His work focuses on climate change and the effect of rapid warming on the polar regions.

Virginia, the Myers Family Professor of Environmental Science, and Professor Michael Sfraga, a geographer and vice chancellor for university and student advancement from the University of Alaska Fairbanks, will take lead roles in the new Fulbright Arctic research program, which will fund interdisciplinary work for some 16 scholars from the eight countries that sit on the Arctic Council, an intergovernmental forum of the eight member states that border the Arctic Circle.

Read the entire story by Bill Platt on Dartmouth Now.

For more information at: