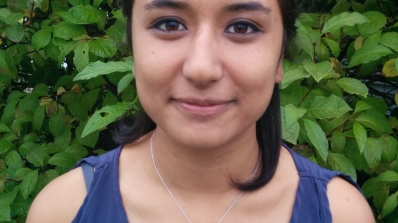 The following is a report from Human Development Fellow Kripa Dongol '16 who had been on the Geography Foreign Study Program (FSP) in Prague before returning to her home country of Nepal to help with disaster relief following the April 25th earthquake. Kripa sent this update on May 14th.

For more on Kripa's and other Dartmouth students' work in Nepal see this recent Dartmouth Now article.
___

I've been in Kathmandu the last few days. I was on the Geography FSP in Prague when the first quake hit and came home a week after to help in any way I could.

In my first week here I went to the headquarters of Dhading and Sindhupalchowk Districts to deliver medical supplies to the District Health Office along with One Heart Worldwide - an organization that Prof. Craig has worked with and I interned with last winter.

After that I have been volunteering with the Himalayan Disaster Relief Volunteer Group, one of many impromptu groups that sprung up after the first quake but because of their extensive connections across different sectors they have been able to coordinate and reach out to many areas. An American who was on a mission I led has written an extensive article for Wired.com.

The last time I was in touch I was trying to get another mission out to Ghumthang Village Development Committee (VDC) in Sindhupalchowk. I'd been there on a relief mission from May 7-9 for one village of ~190 households with four locals who had come to Kathmandu looking for help and three other volunteers. We helped distribute tarpaulins, rice, blankets, daal, soap, salt, biscuits and bread etc that had been collected from various sources as well. That area of Sindhupalchowk was severely affected by the earthquake - 99% houses were damaged  but a bigger threat was that of current and future landslides. Already on that visit we saw houses and roads that were swept away by huge landslides. I think I've sent you pictures already but I'm attaching pictures of the landslide specifically this time as well. Then, we set out to do assessments of nearby villages and we covered 5 villages over a 14 hour walk spanning a day and a half. In most of these villages, 100% houses were destroyed and so were their schools and Health posts.

On our mission we came across many volunteer relief groups as well as national and international army and police personnel on the highway. However, as we moved away from the highway we did not encounter any other groups. There are a lot of VDCs that do not attract media attention because they are not remote enough to receive aid through air but aren't accessible by road either. If these communities lack partners through past NGO involvement or contacts in cities, they do not receive any aid either. Three weeks after the first quake, I'm baffled by how many of these communities have not received any support.

On May 12, I was leading another mission to the same VDC to the villages we had surveyed on our last trip. We were late getting out that morning as our logistics still weren't in order and so we finally left at 11. Halfway through our trip, I was taking a nap on our truck as the tires were being changed when the second earthquake hit. We were at a buspark and saw everyone streaming out of buildings and soon the buspark was filled with terrified people. Our contact in Sindhupalchowk called almost immediately and informed us about the landslides occurring and possible road blockades and so we turned back to Kathmandu. It's been two days since the last quake now and we have been here trying to figure out how to get in touch with locals (everyone we've called has their phones switched off) and how to get relief supplies as well as medical help there.

Currently we're trying to heli in a a team of doctors and volunteers to the villages we surveyed and have that team coordinate with us about current road conditions and relief possibilities. This second earthquake has killed more than 90 people in addition to the 8000 + killed in the first quake. The effect is in two directions - in some cases people, relief workers, volunteers, organizers feel more prepared and the government itself was quick to address the public (compared to the three + delays) in the first quake. One the other hand, people are more terrified. In Kathmandu, life had started to go back to normal for many but now the second quake and rumors about an even more powerful aftershock has people terrified. We camped out for two nights along with many of our neighbors. With increased risks of landslides in some areas, the risks for relief teams have also increased. We were planning to phase out our relief efforts and shift into rebuilding, many other groups had even started rebuilding but with this new quake we might be back to square one. We are more prepared, have the necessary contacts and organization, now it is about passing the hurdles that the difficult geography of Nepal challenges us with.