Sarah Charles leads the US Agency for International Development's Bureau for Humanitarian Assistance (BHA), the U.S. Government lead for international disaster response. With a mandate to save lives, alleviate human suffering, and reduce the impact of disasters, BHA monitors, mitigates, and responds to global hazards and humanitarian needs. The Bureau also promotes resilience by preparing communities for disasters before they strike, and by helping people recover and move beyond crises.

Prior to serving as the Assistant to the Administrator for BHA, Ms. Charles was the Senior Director for Policy and Advocacy for the International Rescue Committee, where she led efforts to reform the humanitarian aid system and promote policies to improve the lives of refugees and other conflict-affected people.

Ms. Charles previously served on the National Security Council (NSC) staff at the White House, first as the Director for Humanitarian Affairs and then as the Director and Acting Senior Director for Strategic Planning. In the first role, Ms. Charles was responsible for humanitarian policy and coordinating worldwide assistance including emergency responses in Syria, Iraq, and South Sudan.

Ms. Charles played a particularly central role in coordinating the U.S. government response to Ebola in West Africa. As the Director for Strategic Planning, Ms. Charles coordinated the White House response to the global refugee and migration crisis including the 2016 Leaders Summit on Refugees.

Ms. Charles holds a Bachelor of Arts in Government and Geography from Dartmouth College and a Masters in Public Affairs from Princeton University. She resides in Chevy Chase, Maryland with her husband (Noah Phillips '00) and three young children. 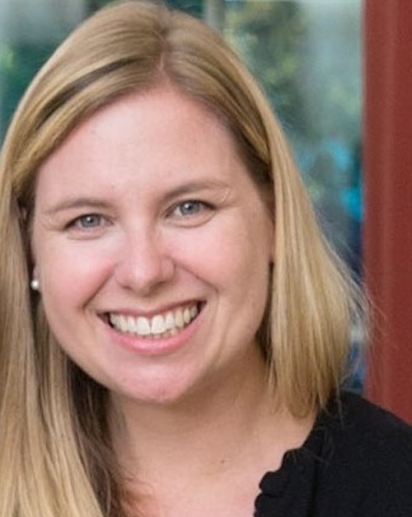