The Energy Crisis in Ukraine: What It Means for the US, Europe & the Arctic

Adam Pearson from the Ecologic Institute Berlin explores the long-term environmental, economic, and energy implications of the Ukraine crisis and for cooperation in the Arctic. 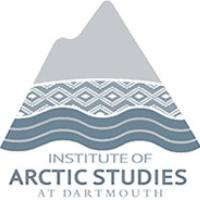 4:30pm – 5:30pm
Haldeman 41 (Kreindler Conference Hall)
Sponsored by: Dickey Center
Intended Audience(s): Public
Categories: Lectures & Seminars
Europe gets 24% of its gas from Russia, half of which passes through Ukraine. The recent political turmoil in Ukraine has encouraged infrastructural and political scrambling in the EU, as well as the US, as Europe ponders how to cut ties with its most important provider of natural gas.
Unlike Cold War-era sanctions on the USSR, the US has been forced to approach the situation politically with more nuance, given that European allies are still dependent on Russian hydrocarbons. Drawing upon recent research, the talk will explore the long-term environmental, economic, and energy system implications of the crisis in Ukraine. Furthermore, how has the crisis impacted military and political cooperation with respect to the arctic? And with Russia recently signing a long-term natural gas contract with China, is Russia already hedging its bets against an era of European economic isolationism?

Adam Pearson is a Visiting Fellow at the Dickey Center for International Understanding, and a Transatlantic Fellow and Konrad von Moltke Fellow at Ecologic Institute Berlin. He works on the technical, sociological, economic, and governance aspects of decarbonization and the transition to a green global economy and low-impact society, including climate change policy, energy security, and most recently, arctic governance. He has conducted research on the transformation of the energy system while at Stanford University, where he also served on the teaching teams of three climate policy, atmospheric science, and emission mitigation courses.

Sponsored by the Dickey Center's Institute of Arctic Studies at Dartmouth.