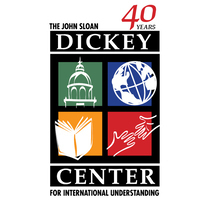 The Dickey Center will host a rare event: a discussion of confederation among three leading experts—Yossi Beilin, the former Israeli Deputy Foreign Minister and architect of the Oslo Accords; Omar Dajani, who was on Palestine Liberation Organization's Negotiations Support Unit; and Lara Friedman, President of the Foundation for Middle East Peace.

Monday, October 24 at 4:30pm
Filene Auditorium
And via Zoom at: https://dartgo.org/dickey_confederation

Sponsored by The John Sloan Dickey Center for International Understanding, The Tucker Center for a Spiritual and Ethical Life, and made possible by a gift from Marina and Andrew Lewin ’81

Yosef Beilin, Israeli politician who has served in multiple ministerial and leadership positions in the Israeli government. Including: Minister of Economics and Planning (1995); Minister in the Prime Minister's Office (1995-1996); Minister of Justice (1999–2001); Minister of Religious Affairs (2000–2001)
A significant figure in the 1990s Israeli–Palestinian peace process. Serving as Deputy Foreign Minister, Beilin participated in negotiations that led to the Oslo Accords.

Omar Dajani. Dajani is recognized as a leading expert on legal aspects of the Palestinian-Israeli conflict. Professor of Law and Co-Director of the McGeorge Global Center for Business and Development, University of the Pacific.

Former member of the office of the United Nations Special Coordinator for the Middle East Peace Process (UNSCO), where he worked on peacebuilding initiatives and played a lead role in marshaling and organizing international efforts to support Palestinian legal and political reforms.